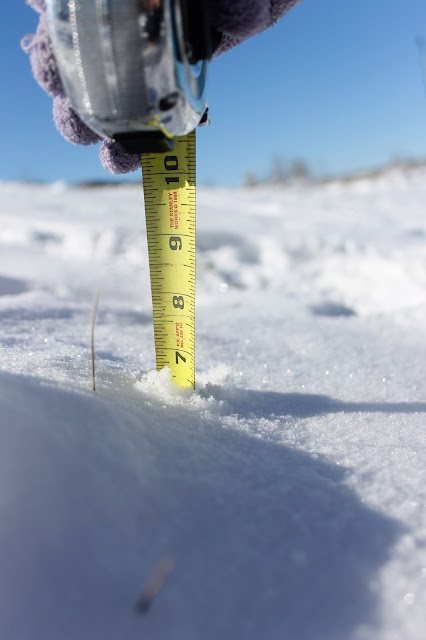 I'd been eyeing that little snowflake in the forecast for over a week!
We went to bed hoping to see the beginnings of some accumulation when we woke up,
but the forecast kept bumping it back.

FINALLY it began to snow around 9am...
and it didn't stop until around 11pm! 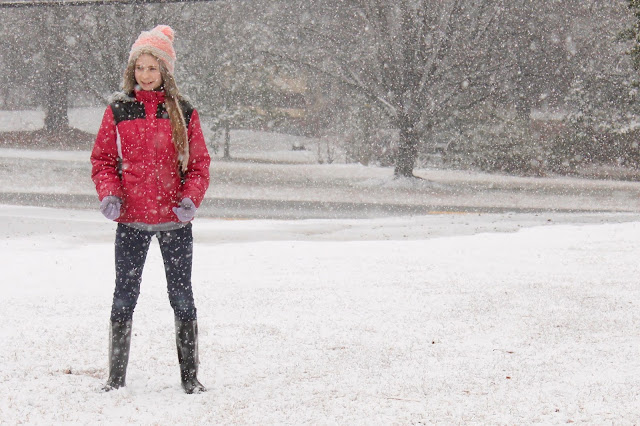 It was fun to begin to watch it pile up on the ground. 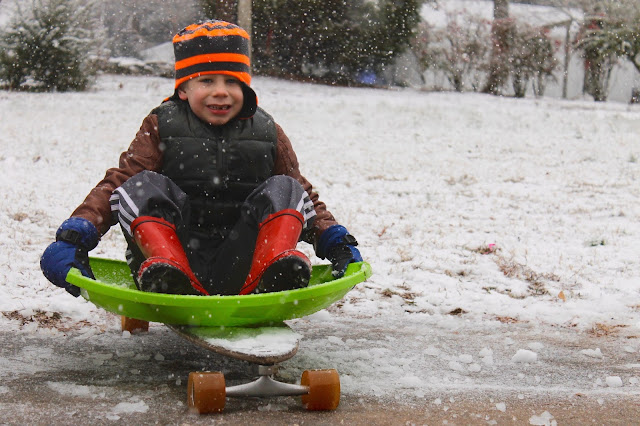 Toward the beginning we had to get creative... 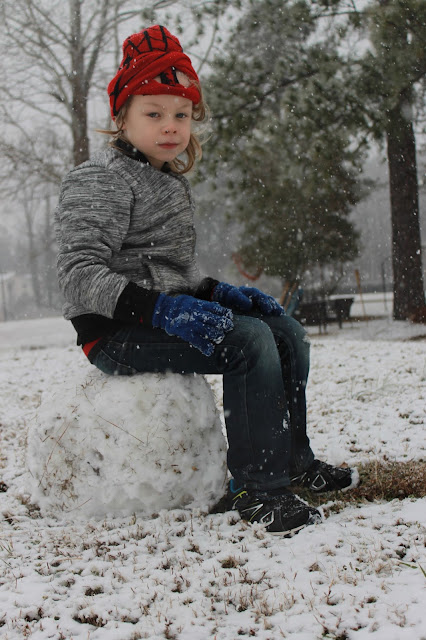 ...and the snowman had just as much grass as it did snow,
but little by little it began to cover the whole ground! 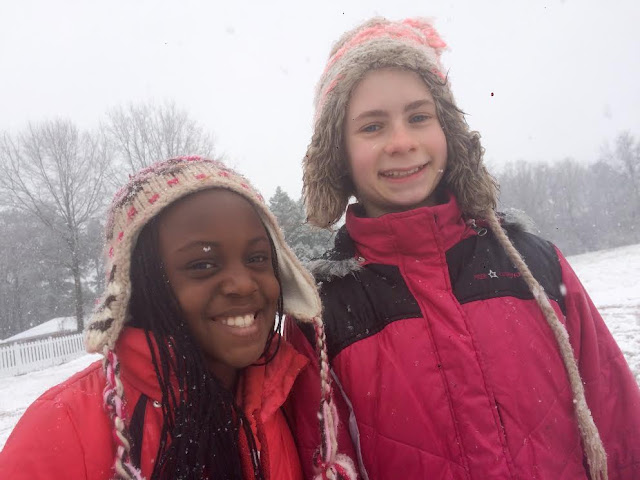 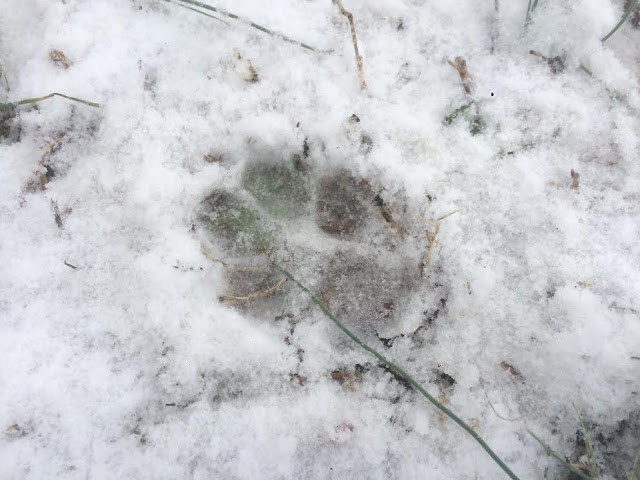 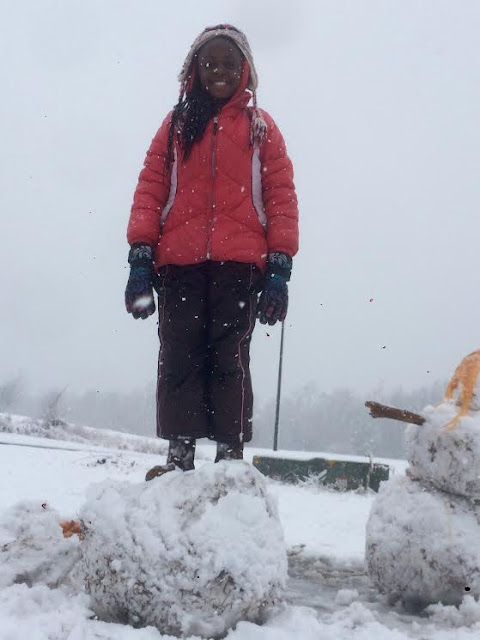 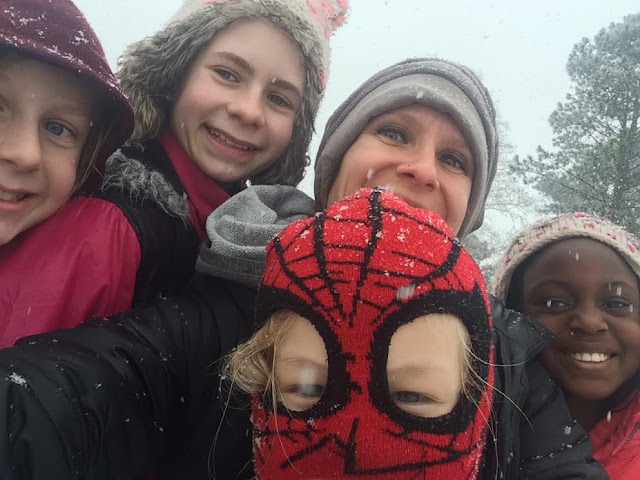 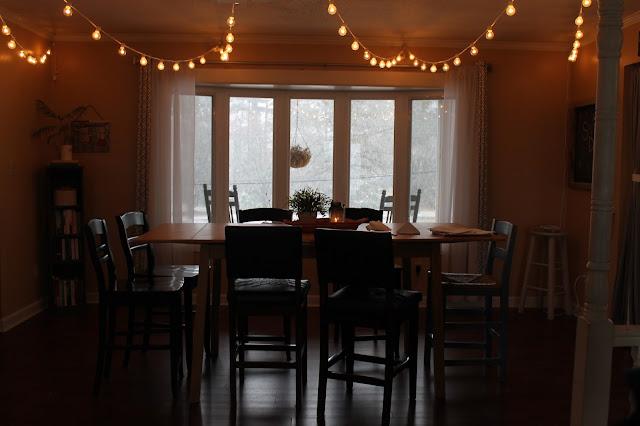 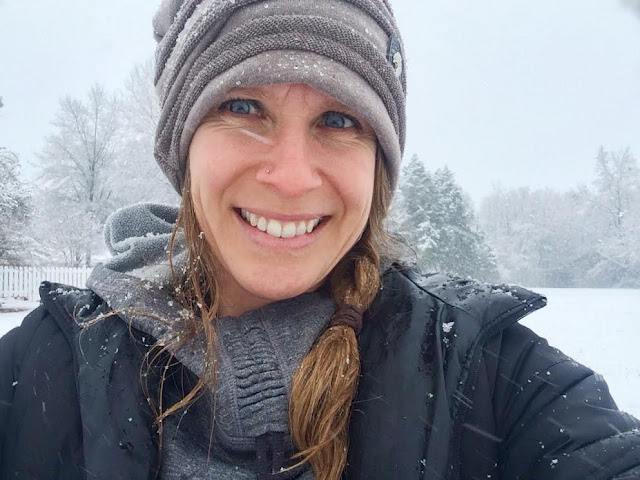 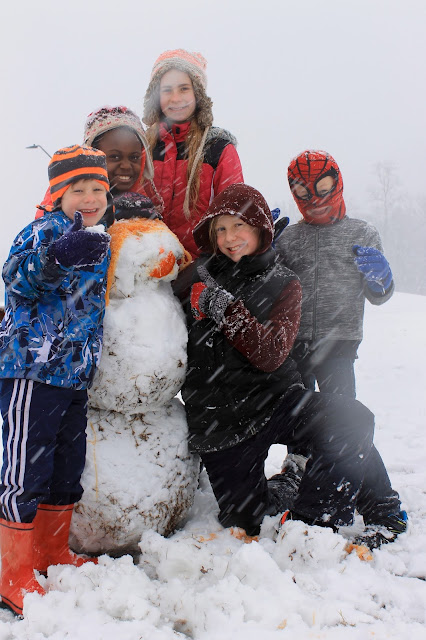 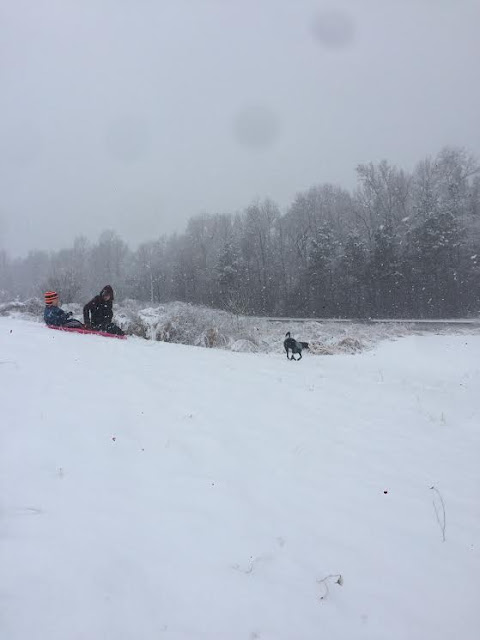 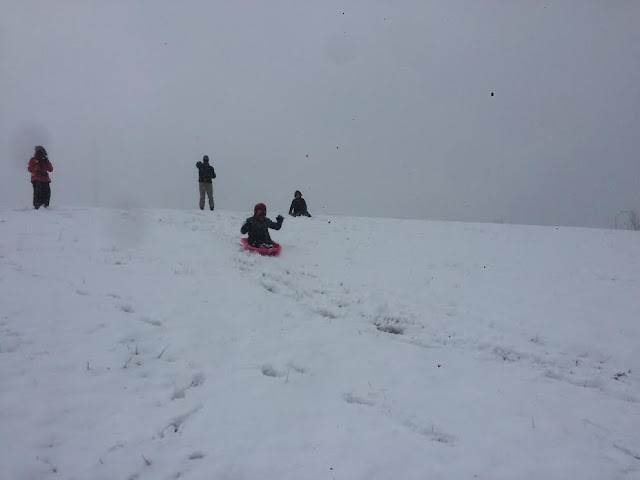 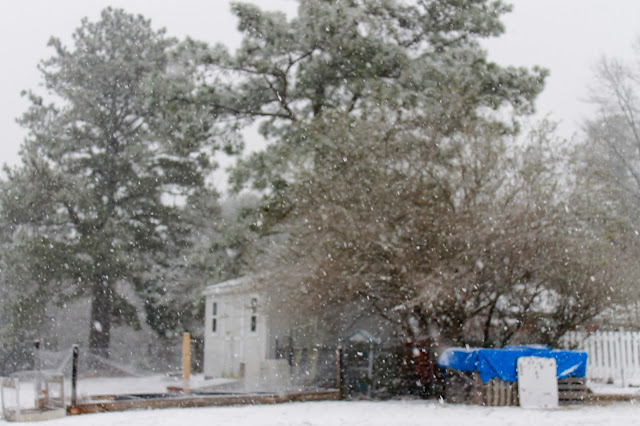 The kids played outside until after 9pm!
When Rainy measured before she came it the snow was up to 7" and still coming down. 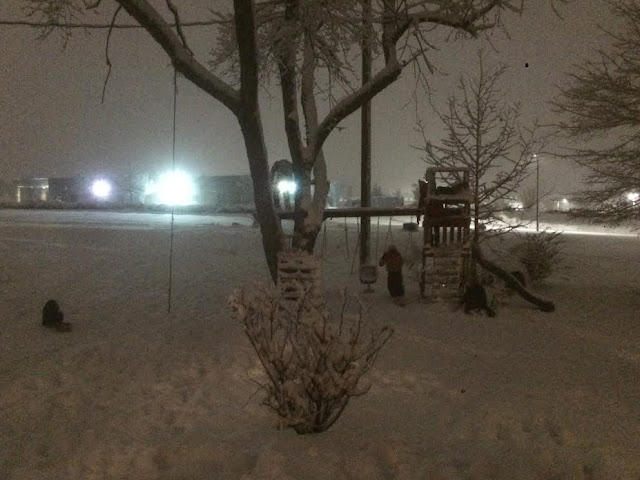 After stuffing shoes with paper and drying them out by the fire overnight,
they are all bundled up and back at it again today! 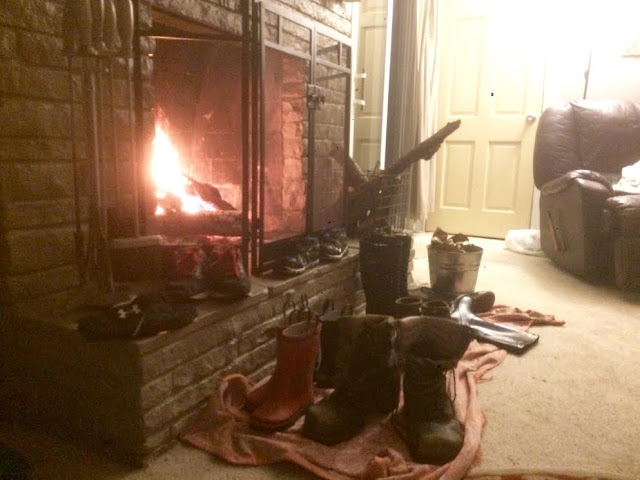 Oh, and it was my birthday yesterday so I couldn't have gotten a more perfect gift!
Posted by The Via Colony at 11:50 AM

Email ThisBlogThis!Share to TwitterShare to FacebookShare to Pinterest
Categories: Story In Pictures