theColonyShop Is Going To The OTMS

I have the opportunity to add some of my items from theColonyShop to my friend's booth at the Wake Forest "Old Town Market Shops" venue THIS SATURDAY!  So this week I've been working on some new pieces to sell and see how we do. 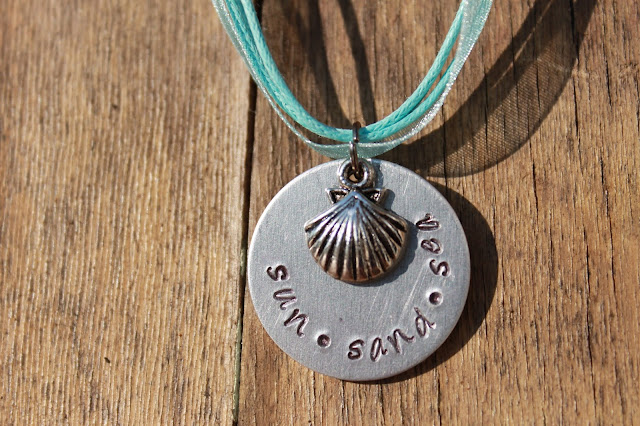 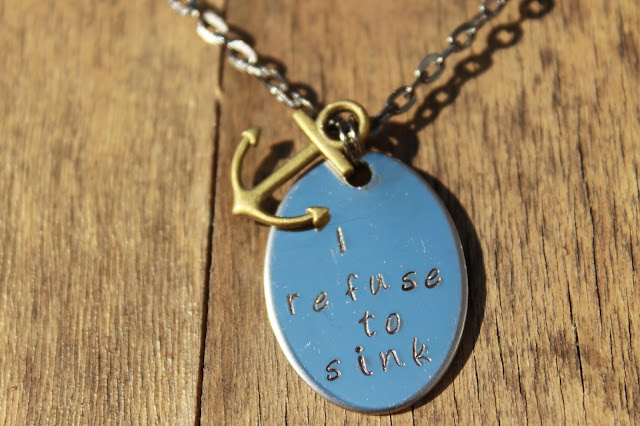 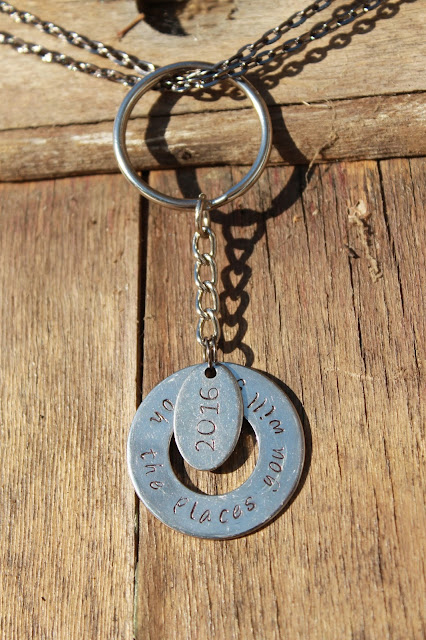 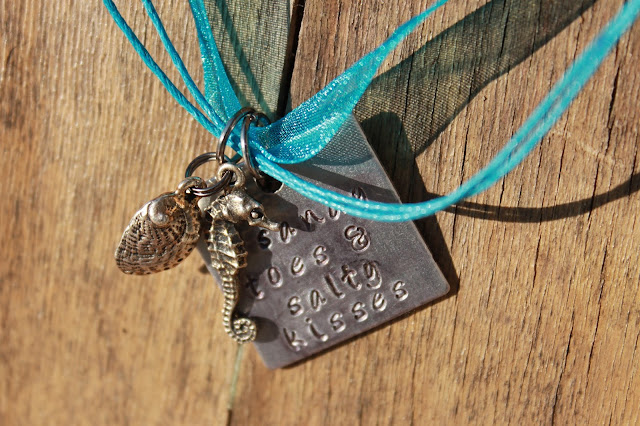 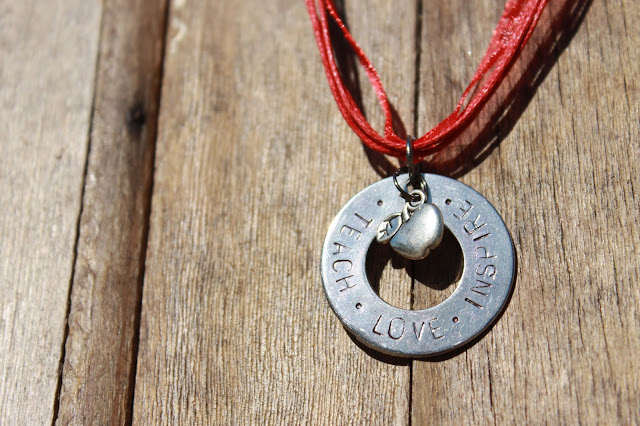 I am so excited to see the other 30+ vendors and all the products that are going to be available as well as get my first taste as a vendor.

Come on out and get some of your Christmas shopping done and support some local artisans!

"Old Town Market Shops"
You can find them on Facebook too!
Posted by The Via Colony at 1:08 PM 1 comment:

These Are Strange Times We Are Living In

If you came here looking for election and voting propaganda and information you have come to the wrong place. Our ballots are in and now we wait.  But here in the Colony household we are not holding our breath in fear because whatever happens is not going to come as a surprise to the Ruler of all creation.  God is the only one who holds my wholehearted allegiance and who is the ultimate winner.

Everyone else in the world can talk about the crazy going on today, but I am choosing to lend a hand in distraction as we await the final count.

So let me turn your attention to these: 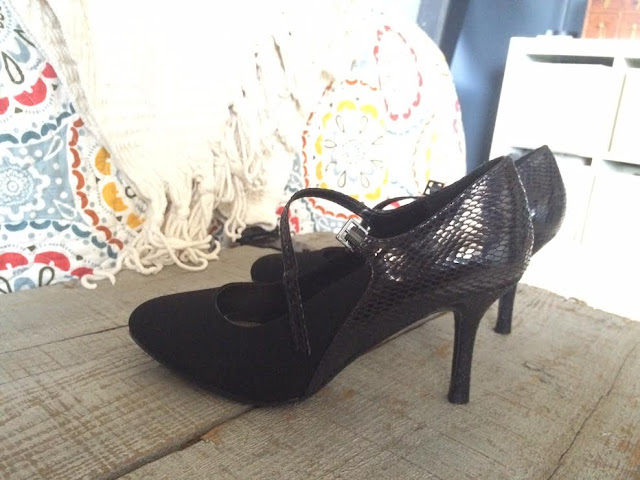 When I looked at Josh a few days ago and asked him if I could go shoe shopping, he almost fell over laughing.

See, I have 2 kinds of shoes I wear; flip flops and nicer flip flops.  I also have a couple pairs of boots for when my frozen toes need to warm up in the winter, but for real, all I ever wear are flip flops.

Add that information to the fact that I never go shopping, in fact I HATE going shopping, and you have a pretty good reason to fall over laughing.

But a couple of weeks ago we had some friends invite us to a Black Tie Benefit Dinner with them.  Typically the words "Black Tie" and "Colony Parents" wouldn't ever be seen together, but THIS FRIDAY we are going on a double date in style!  And unfortunately my riding boots and beach flip flops just aren't going to cut it this time, ha!

So I called up one of my faithful friends for moral support, and guidance as I searched for the perfect shoes.  There were a few prerequisites to the pair I would purchase, though.  They had to be under $20 (I know, I'm so cheap, lol) and they can't be super pointy and shiny (go ahead and laugh...we did the ENTIRE time we shopped!).

As we jumped out of the car to go in the first store a text from Josh came through that read:


"Do you think you could find a set of cheap cufflinks
and four button buds for my tuxedo?"

And my reply:
"Who in the world ARE WE?!
Texting about shoe shopping and button buds for a tuxedo?!"

First of all, the fact that Josh asked around and actually found a Tuxedo that fit him was pretty crazy.  Second, I don't even know what a "button bud" IS, much less, where to find one/them.

My friend had to keep me focused and away from the typical Cons or clearance flip flops I naturally gravitate toward, but she finally found this pair that I could live with, and I think my feet will cooperate enough in them to get me to where I need to go:).  The toes aren't too pointy, it has a strap that makes me feel a bit more stable AND they were only $15, thank you very much!

So, go ahead and use the mental images of me tripping walking around in for-real high heels as a distraction every time you begin fearing the outcome of today.  It'll bring a good laugh and help you remember that we live in crazy, strange times, but not so crazy that you can't find HIS Joy in the midst of it all.

Email ThisBlogThis!Share to TwitterShare to FacebookShare to Pinterest
Categories: About Me, Misc. 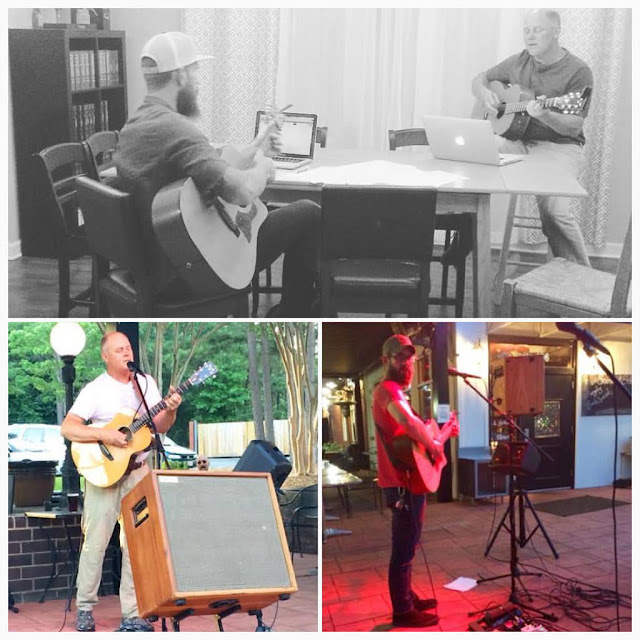 1 - We will all be turning our clocks back, so you really get an extra hour of LIFE!

2 - It's way more fun to have a date night that begins after your bed time typically begins (Right?! Or maybe I'm just old, ha!).

3 - And what could make a late-night date-night even BETTER than when it includes LIVE MUSIC and GREAT FOOD!

4 - There will be LIVE MUSIC at the GATEHOUSE TAVERN in WAKE FOREST this Saturday night from 9-12.

5 - This particular night of live music will be brought to you by none other than Josh Via and his buddy Tad (and the occasional appearance of Your's Truly).

Time To Enforce The Rules

I have a mom friend who takes $.05 from each child for every article of clothing she has to turn right side out for the washing machine.  Now THAT is a smart mama!  She had a frustration and she put a plan into place to eliminate the frustration.  That idea got me thinking...I have already simplified my laundry system so I don't necessarily have that frustration, but "what if" I had children (5 of them to be exact) who were having a difficult time remembering to put their clothes away.

It would do our whole family some good if I followed my friend's example and put a plan in place to eliminate the lazy behavior and the frustration it brought.

So here is my not-so-hypothetical plan to get the kids to put their clothes away.

For each article of clothing (costumes, socks, shoes, jackets, pants, undies...) that I find on the floor I get $.05 for whomever it belongs to.

I shared the plan with the kids but initially still had lots of grace and leniency, which wasn't really helping anyone.

Until one day, I walked in the boys room and I could hardly see the floor!

I piled everything up in the middle of the room and left it there until the boys got back home from school.

After we settled down after school I called all three of the boys into their bedroom and had them sit next to each other facing me and the pile.

They had no idea what was about to happen.

I started holding up pieces from the pile, one at a time, and asked whose it belonged to.  This divided the massive pile up into one pile for each boy.  Cai looked nervous, Jude just looked interested in what was going on, and Zeke, well, most of the pile was his so he just kept laughing and laughing, kind of nervous but it was as if he had already resolved to accept whatever consequences were coming his way (which is HUGE for this particular boy, BTW).

We then made a mini math lesson out of it by counting each pile's pieces by 5's.

Jude didn't skip a beat as we counted out his money.
You would have thought I made Cai hand over all his toys and told him that we weren't celebrating Christmas with him, ha!
Zeke just took it like a man, respectfully laughing through the lesson at his misfortune, owning up to the consequences he clearly knew he needed (again, SUCH a huge thing for him!).

Sometimes I find it hard to follow through on things like this, but I wasn't helping anybody by enabling them to continue on in their sloppiness.  And my attitude wasn't benefiting anyone either (just ask my kids).

But now, wouldn't you know I walk into a clean bedroom every morning after dropping the kids off at school.  And one quick reference to a sock in the driveway or a spiderman mask has them scurrying off to put it away before I can even finish my reminder!

This time, it's a WIN for everyone!

Here's to many more WINS, a lot less mom freak-outs and being able to glean wisdom from other wise moms that God has allowed me to be surrounded by.
Posted by The Via Colony at 1:42 PM No comments: