Force Quit and Restart ~ A Lesson On Gratitude 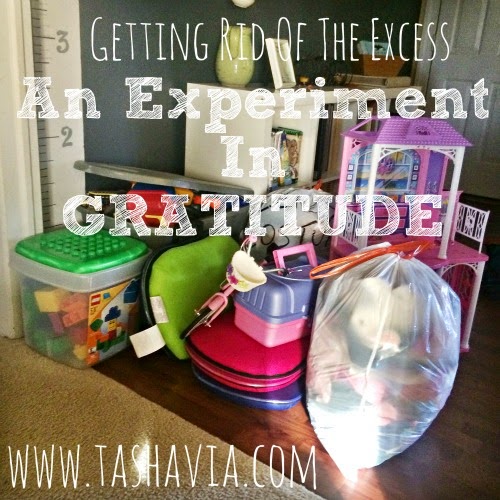 I don't know what it was about Saturday, but SOMETHING was off.  Something was TERRIBLY off!

Josh and I were trying to quickly get ready for the day in order to herd the Colony to the local Dollar Tree to shop for our Christmas Shoeboxes.

But instead of the smiley, happy-hearted kids preparing the boxes that you see on those Samaritan's Purse commercials, picture a bunch of kids (5 to be exact) who cannot keep from greedily bickering and fighting over their own multitude of toys, how to play "spy" the RIGHT way, and how long it will take to get a turn with the desired toy.

It wasn't even just the kids.  I had been asked to get my Christmas list together for the extended family.  In my mind I was all, "I don't need anything.  I'm not going to ask for much.  I have so much stuff."  But as my list kept growing I realized just how greedy I was!

The last straw was when we checked out at the $1 store and the nice cashier gifted each of our kids with a brand spanking new marker of their very own.  Not one for the community Colony art center in the dining room, but for their own use, for whatever the heck they wanted to use it for (minus the walls and furniture of course, ha!).  But, Mr. Cai got in his head that he was entitled to a green marker, instead of the other 5 colors that had been freely given to us.

The commotion that followed was more than embarrassing and resulted in one marker in the trash and a tear-stained Cai-bo with nothing to color with.

Last year I read a book called "7" which dramatically impacted my life.  I had been wanting to implement something like this for a long time with our family.  With Josh reading a book along the same vein called, Freedom of Simplicity this semester with school, he was beginning to feel the same way and NOW seemed to be the perfect time!

On the way home from the Dollar Tree we began mapping out our plan.

We decided to stick with the "7" theme.

I mentally began going through the things in our home and wrote down the specific things we were going to sift through.
We talked about how we were going to present it to the Colony.  It was NOT supposed to be a punishment, but an act of sacrifice in order to get our hearts and attitudes right.  It was going to take some teamwork from all of us to choose the things that were the most practical for our family.  In the beginning of this me-centered season I struggle through every year, we couldn't have picked a better time for this.

Here are the rules for our experiment:


This experiment will run from now until after Christmas.  We promised to keep everything stored away.  This is not to purge and throw away all our stuff, but more to help us realize how much we really do have and how desperately we are blessed!

We are fighting as a family against feelings of entitlement and greediness.

I'd like to say that our kids were happy to oblige to the experiment and all that it entailed, but that would be a lie!  One particular Colony member was devastated.  He could hardly contain himself.  It was downright miserable hearing and watching him that afternoon, but we stayed calm and kept encouraging him.  The girls had quite a time picking out their favorites that they could agree on.  Oh, the tears were flowing on Saturday.
I'm happy to say, though, that 4 days in and there are no more tears.  The kids haven't asked once to get any item down from the attic.  Cleanup around the house is a piece of cake at nighttime, and the kids have spent hours running around the house imaging and pretending, when they aren't playing with the trains and 7 cars:).  I've heard much more cooperation and "thanks mom".

I've decided that I'm going to keep a record of our experiment progress for you all to read.  I'd love to hear of anybody else doing something similar.

We don't have to give in to the consumerism and entitlement that seems to be handed out here in America.  We can fight it.  YOU can fight it!
Posted by The Via Colony at 8:09 AM

Email ThisBlogThis!Share to TwitterShare to FacebookShare to Pinterest
Categories: About Me, Books, Parenting