The Boy Who Couldn't Lie 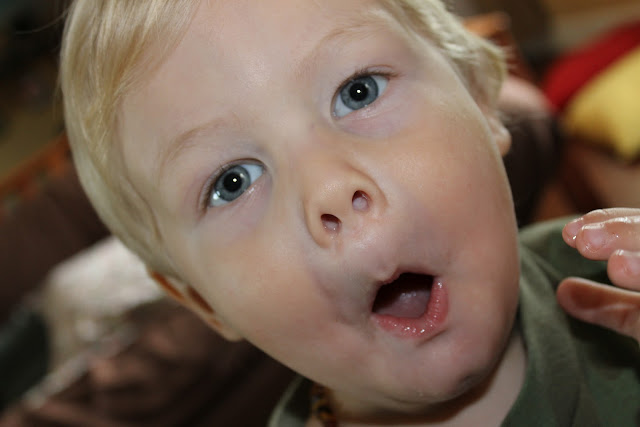 There once was a little boy, endearingly called "Cai-bo".

Before he was born his mother and father spent many sleepless (maybe not really sleepless) nights trying to decide exactly what to name this little boy who was growing so quickly within his mommy's tummy.  They both firmly believed that their children's names would prayerfully shape their character.

The parents finally decided that he would be called Micaiah, after the obscure prophet in the Bible. When Micaiah was called upon by the King in the old testament he was expected to prophecy only the good things that would "tickle the ears" of the King.  But Micaiah was commanded by the Lord to speak truth, even when it wasn't the easy thing to hear.  That is exactly what Micaiah did!

Little did the parents know that this prayer was being answered by their Heavenly Father, even while He carefully knit that little boy together in his mother's womb.

As time went by his chubby cheeks and cuddly personality were automatically noticed by all.

But there was something else about that boy.  He couldn't tell a lie.  Well, maybe he could, but he simply wouldn't...even when he knew it would be tough.

It became almost comical to his parents, since Cai-bo's eldest sister had quite the knack for telling a fib.
And it wasn't really until right before Cai-bo's 3rd birthday that his mother realized what had happened!

After little Cai-bo told on himself (yet again), this time for almost smearing his body lotion on his dresser, the Lord opened her eyes.  She quickly rushed to her husband to tell him about her revelation.

She said, "What is it that we always pray over Micaiah's life?  That he would be a mighty man of God.  That he would be used by God and that he would stand boldly for the truth.  Speaking only truth.  That, my dear husband, is what God has instilled in his character.  The desire to tell the truth.  God has heard our prayers for his life!"

They smiled at each other and praised the Lord for answering their prayer, and asked for continued direction and focus for their sweet son.

This story was inspired by actual events.
Micaiah Joel Via ranks #4 in the Via Colony.
He is the one who looks his mommy in the face and matter-of-factly always tells the truth.

~Parents: Don't take lightly the prayers you lift up on behalf of your children.
The Lord will always hear the desires of your heart.~
Posted by The Via Colony at 4:08 PM

Email ThisBlogThis!Share to TwitterShare to FacebookShare to Pinterest
Categories: He Can't Tell A Lie, Micaiah, Parenting