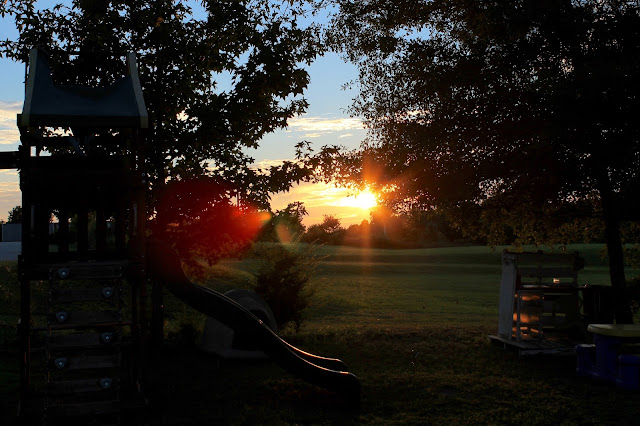 I've read the account of Mary and Martha from Luke 10 a million times and heard just as many sermons on this same account.

But I still can't get the Martha mentality out of my head.

Maybe because I have littles who are always asking about the next meal.
(Can I get an AMEN?!)
And if I don't make it they most likely aren't going to get it.
(At least not the good stuff!)
So I huff and I puff away in the kitchen...3 meals a day...for nearly 365 days a year.
(Because going out to eat with a family of 7...have you seen how my boys tend to act in public?!)
Ain't nobody got time to just sit around!

In this story I see a woman who knows that her LORD is outside and 100% sure that he is hungry.
She is torn.
She desperately wants to go out and sit at his feet, like her sister, and soak in all that He has to say, but knows full-well that dinner is NOT going to cook itself.

And if it doesn't get done now they aren't going to be able to eat until midnight!
(There aren't any prepared snacks or fast food restaurants right around the corner back then)
And she wants the BEST for her Savior.

God has made her a get-it-done kind of girl.
Who is very aware of her surroundings.

We are people who plan ahead.
We think about the full picture.
The clock is our best friend and worst enemy.

There are two things going on in this story that I think about every time I read/ hear it.

1 - I believe women (and men) like us will spend the rest of our lives fighting the get-it-done mentality when we need to work on the discipline of "being still" with the LORD (and yes, it is a discipline).  There is a time and a place for that FOR SURE (preferably every day!).

But today I want to hone in on number 2, which is:

I wonder, at the risk of taking another vantage point, if Jesus would have reprimanded Martha if she were to have been serving with a servant's heart.  Maybe it wasn't just about her stopping what she was doing to come and join them.  Maybe it was about the HEART behind her service.

If she would have been serving out of a heart of love and service like Christ commands us to serve so many times in the new testament, would she have been RIGHT WHERE SHE NEEDED TO BE?

Martha was said to be "distracted by all the preparations".  You can just see the bitterness and resentfulness flowing out of the words when she went out to Jesus and said, "Lord, don't you care that my sister has left me to do the work by myself?  Tell her to help me!"

Martha wasn't serving with the right heart.  And of course the Lord could sense that.  Actually, He didn't even have to SENSE it.  She was pretty open about it.

In this story Martha's mind was completely consumed with anger and resentment toward her sister.  I can only imagine the ugly things that were whirling around in her head about her "lazy" sister that "always made HER do all the work" as she prepared this meal.  Her mind was so full of thoughts of entitlement for herself and bitterness toward her sister. (It's a good thing these are all hypothetical thoughts, ahem...)

Here is what the LORD is teaching me about the Martha he has created inside of me.

The only way I will be able to serve the way Jesus has exemplified for us to serve is by digging in against my natural flesh to do, do, do, but to find a way to be still with Him every day.  And it is then, and only then, that I can serve out of true love, the way a true servant should.  And IN that kind of serving I will be able to hear and feel the closeness of our Father right in the middle of all the serving.

Email ThisBlogThis!Share to TwitterShare to FacebookShare to Pinterest
Categories: About Me, Life Journey

We have been re-growing some sweet potato slips from a sweet potato I'd been saving from the store and got to finally plant them this week!  I can't wait to see how they do in the Colony Garden! 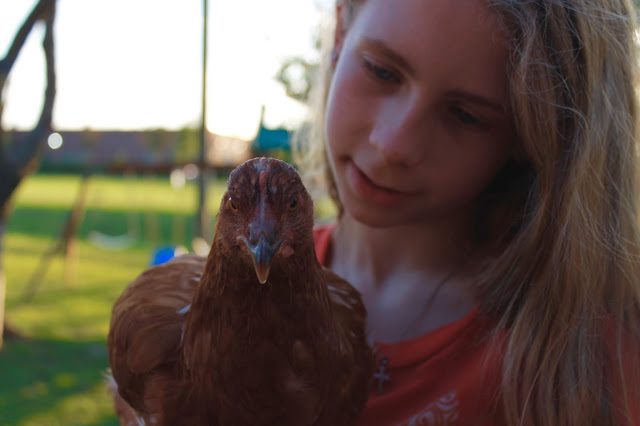 Rainy told me that she has a special kind of love in her heart for our crippled chicken, Gimley.
I mean, look at how sweet she is cuddling with Rainy:) 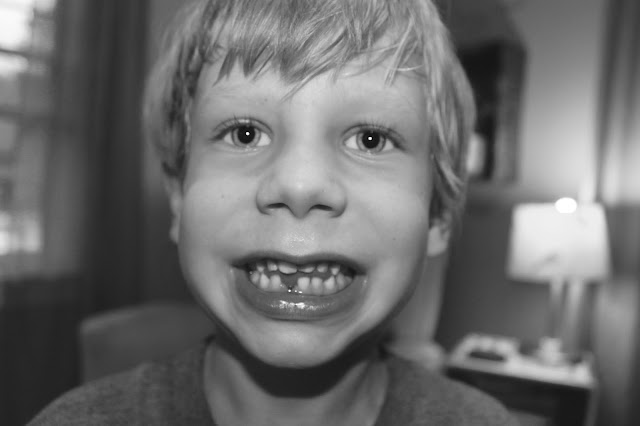 Jude is our last to lose his first tooth...
in true Jude fashion he ran in from playing outside with his tooth in his hand
after pulling it out all on his own!
And then he ran off to play.
This kid needs us for NOTHING, ha!


We had such a great time watching the eclipse.
We pulled the kids out of school early, gathered the other Via tribe and my parents
and enjoyed this experience together!

We had several different methods going because we only had 4 pairs of the glasses to pass around.
Jonathan made a pinhole projector out of paper.
We had a bucket of water that reflected the event.
We also made pinhole projectors out of cereal boxes.

I've been catching Batman really digging in the word this week.
He will literally sit on our bed for HOURS reading the Bible.
But he decided to change it up and learn Ableton today, ha!
(silly Josh) 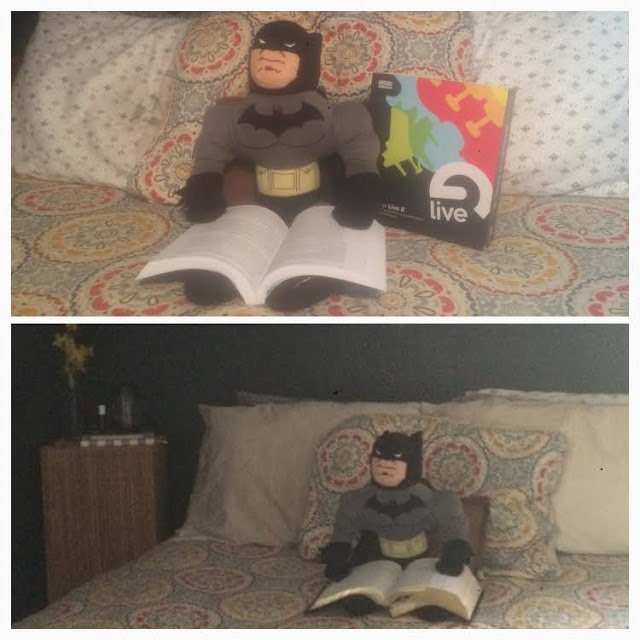 Jemma helped to keep Zeke company when he was sick with strep throat last week.

It's no secret that Jude has a difficult time respecting and submitting to authority.
We have really been cracking down on him and he has been working SO HARD this week.
So hard that he got up to PINK, the highest you can go on his color chart at school!
PTL, there is hope for him yet! 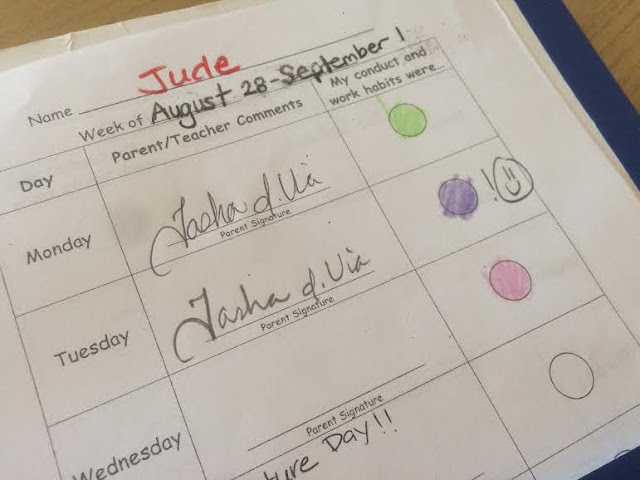 We had a fun gathering after the Uganda Via's flew in a few weeks ago.
And somehow Kelly was able to snag a photo of all of the kids!
I have a few new friends who speak little to no English and this app
has been a LIFESAVER for being able to communicate with them!
I can now text them and sit next to them on the couch and carry on conversations with them.
It is AMAZING!

Go get the "Speak & Translate" FREE App. to keep the translation barrier from getting in your way! 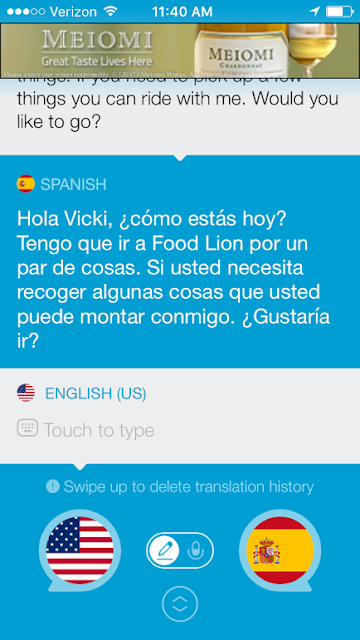 Our church just released a REMIX album of some of our original tunes.
You can download them for FREE on the website!
Thanks for all your hard work on these, Eric Heflin. 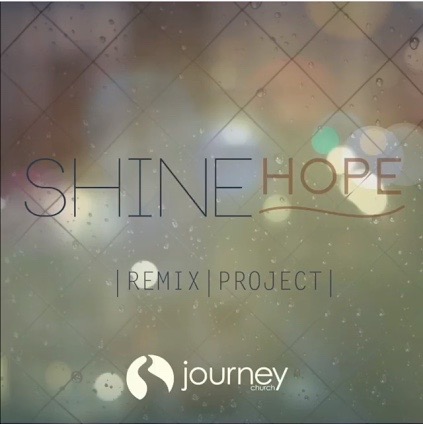 Posted by The Via Colony at 1:47 PM No comments: Links to this post